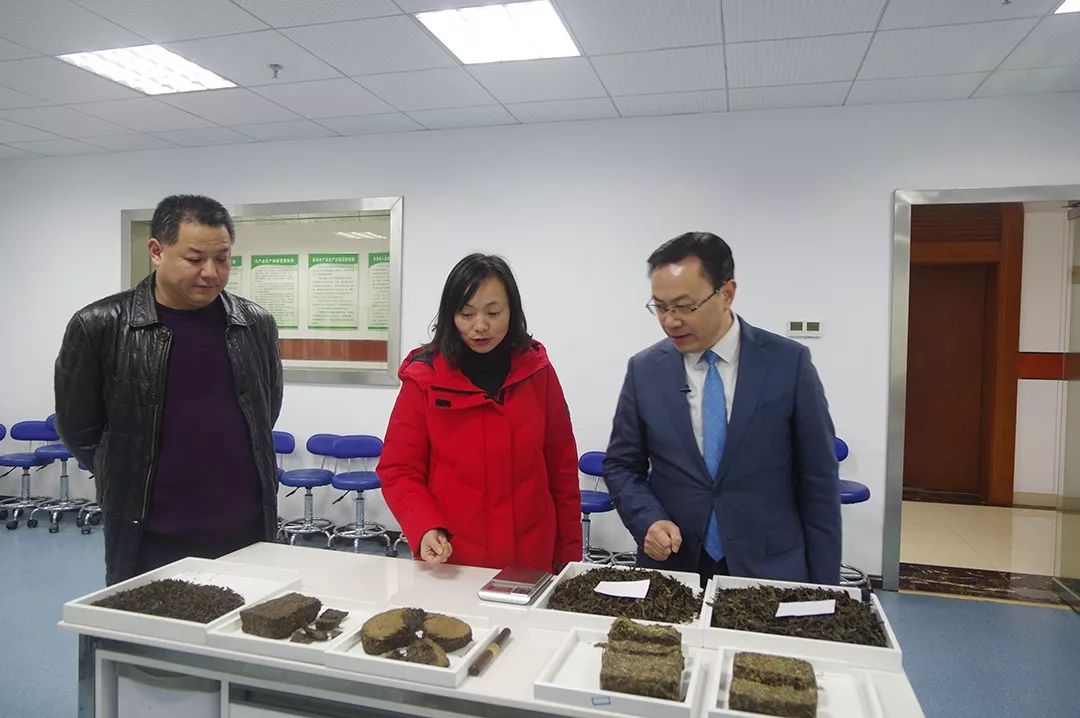 As early as 2014, Professor Liu Zhonghua led a team to conduct in-depth research on the manufacturing process quality and health effects of Anhua black tea Qianliang tea. Extraction of substances, in vivo experiments were carried out for the items of lowering blood lipids, lowering blood pressure and protecting cardiovascular system.

1. In the study of the blood lipid-lowering effect of Qianliang tea, drinking Qianliang tea soup for 30 consecutive days can significantly reduce hyperlipidemia caused by high-fat foods. The effect of reducing fat and losing weight is dependent on the dosage. The effect is continuously improved; Qianliangcha Decoction can significantly improve the serum biochemical indicators, have a strong repair effect on hyperlipidemia liver steatosis, effectively reduce liver cell damage caused by high-fat foods, and have damage to liver cells. The strong repairing effect has obviously improved the fat accumulation of non-alcoholic fatty liver cells. 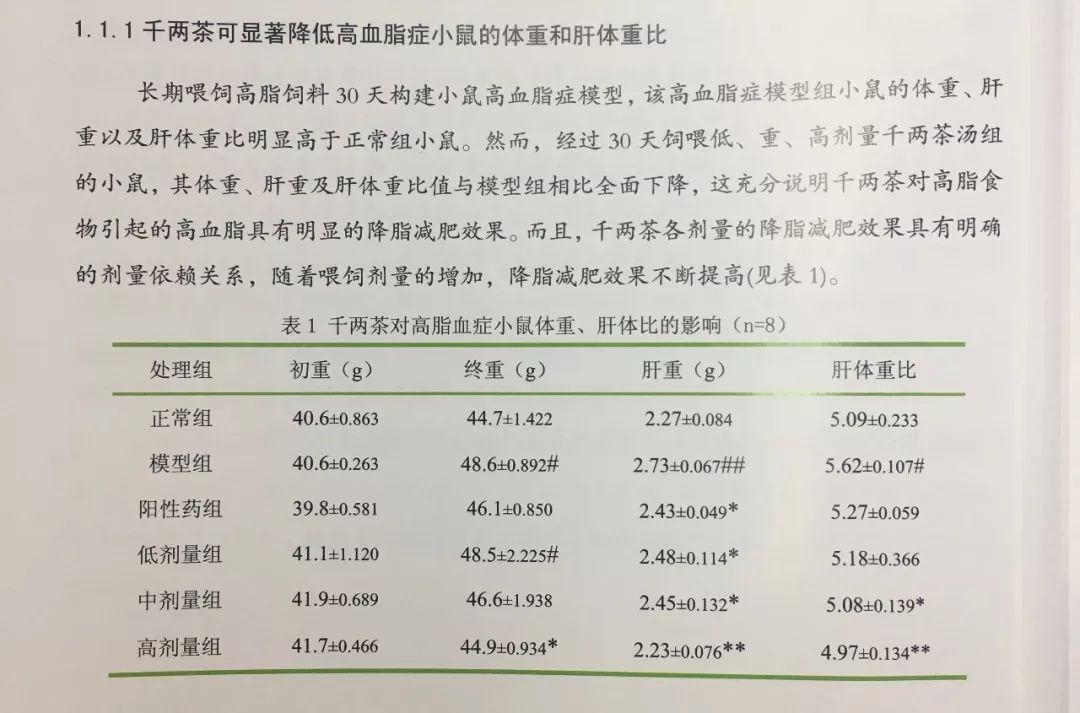 2. Research on the weight loss effect of Qianliang tea. Obesity is a nutritional metabolic disorder caused by imbalance between energy intake and energy consumption of the body. Qianliang tea extract can effectively inhibit the excessive proliferation of 3T3-L1 pre-adipocytes in the body tissues, thereby reducing the number of differentiated cells and the accumulation of fat, and has a good weight loss effect. Qianliang tea water extract can inhibit weight gain and effectively control fat metabolism. The higher the dose, the more significant the effect. 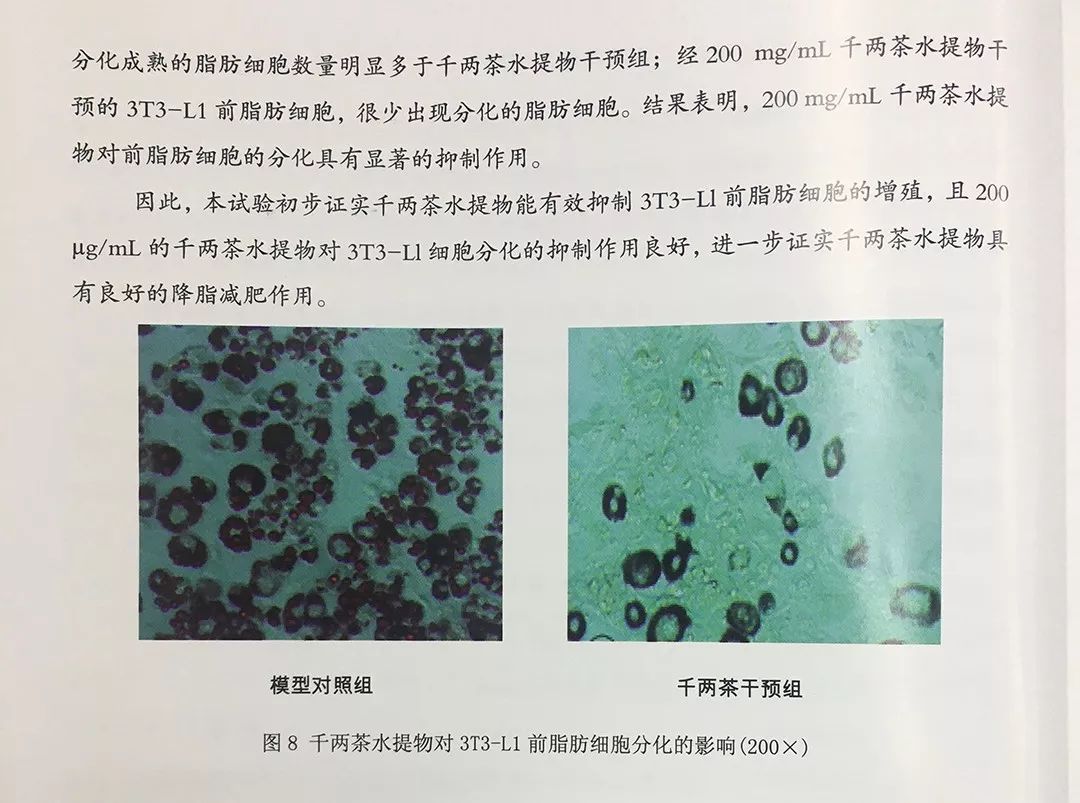 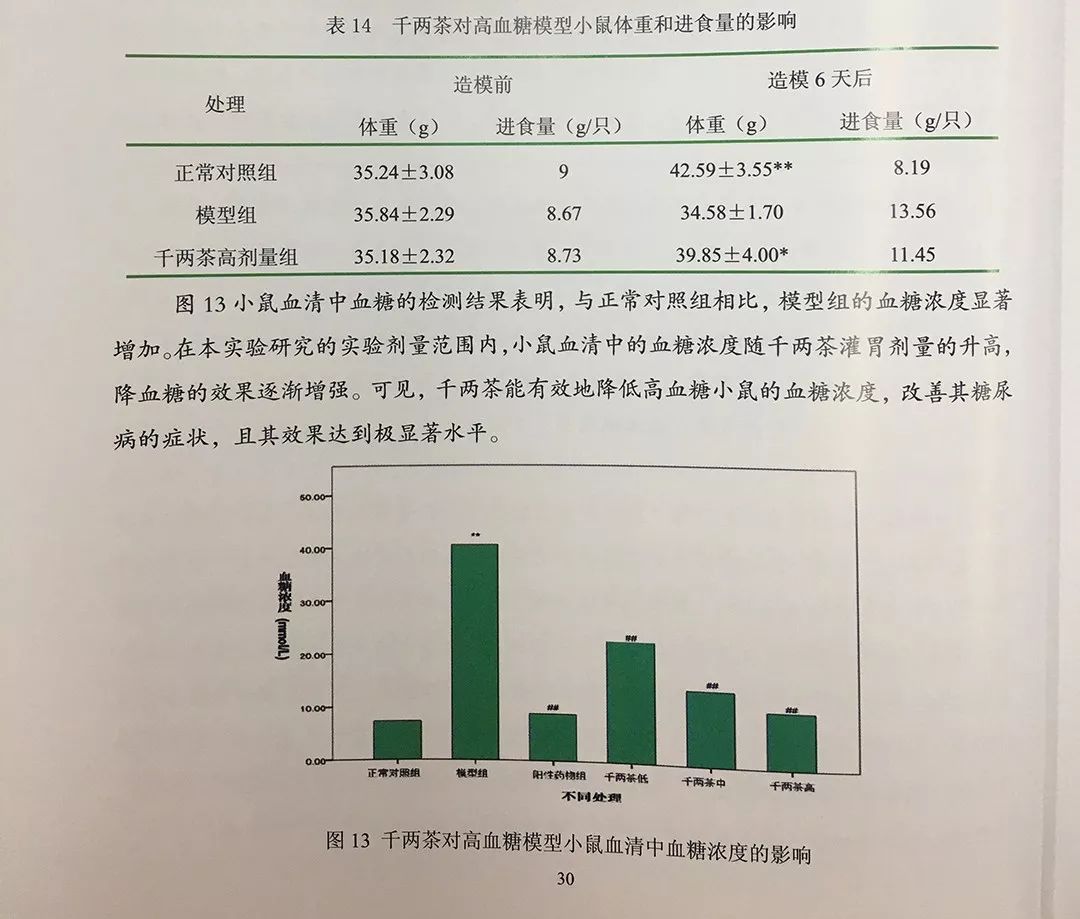 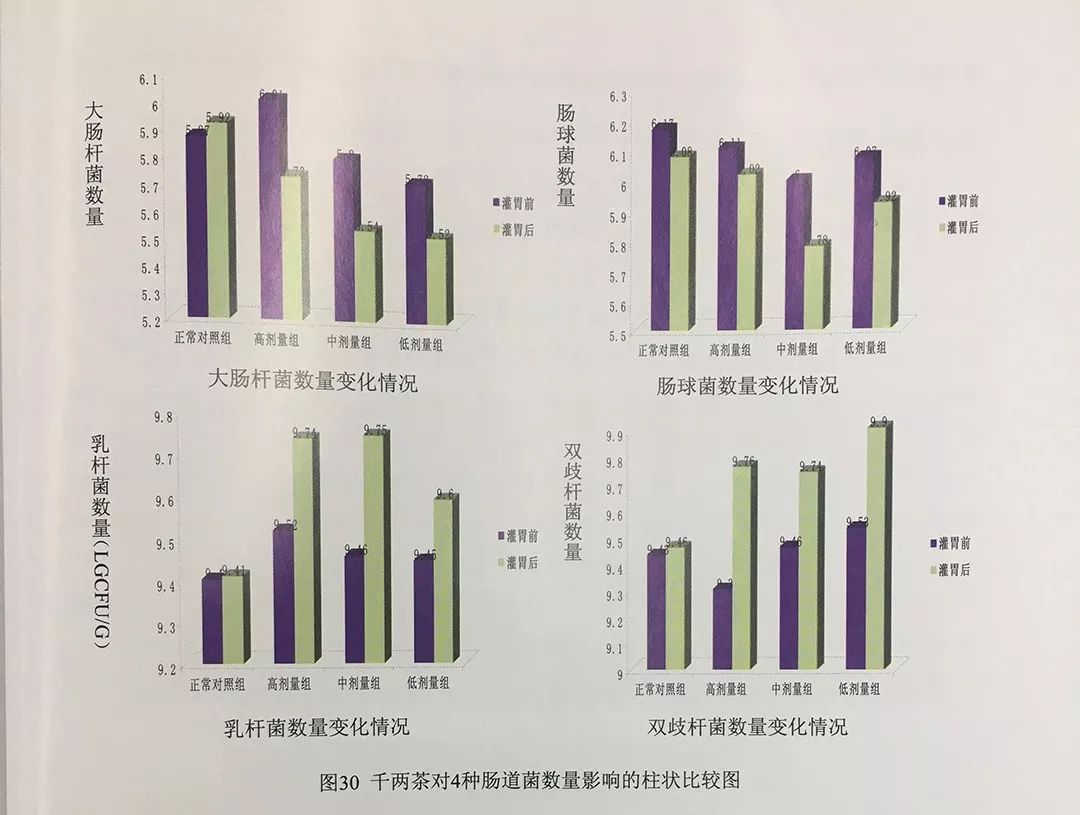 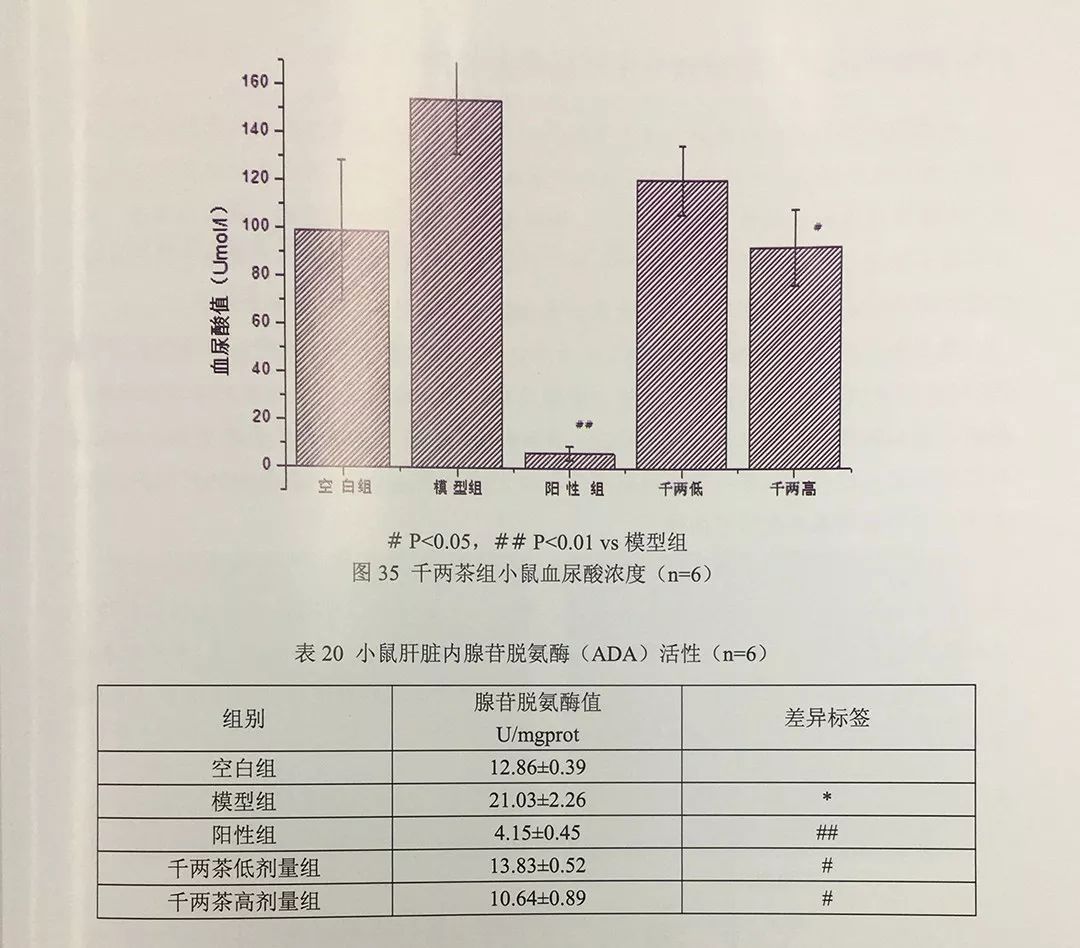 tips:
As the representative of Anhua black tea products, Huajuan tea is called the soul of Anhua black tea because of the traditional manufacturing process and special quality characteristics. In "Anhua Black Tea" edited by Peng Xianze, "The Hanamaki tea maker bought the thinner black tea, which grew five feet long, one foot seven inches in circumference, and weighed a thousand and two cylinders. It was wrapped in brown and scorned and wrapped tightly. Each volume is called another branch, also known as Qianliang tea. "It has appeared as early as the Jiaqing years. After the natural selection of the market, and the inheritance and protection of technology, in 2008, the Qianliang tea production technology was included in China's non-material culture. Heritage Protection List.
During the Wanli period of the Ming dynasty, the "Forbidden Monuments" and "Miscellaneous Records of Mountains and Forests" truly reflected the production of tea in Anhua. The record of "steamed tea pot" in ancient books is the prototype of Huajuan tea. During the Qing Dynasty in the Qing Dynasty, the "Qianxian Tea Merchants' Decheng Documents" had a record of "Qianliang Tea", also known as Huajuan Tea, including Qizhou and Luzhou. Since its birth, Huajuan tea has always been the representative of Anhua black tea. It is exported to the northwest. It is not only a necessities for the people in the border areas, but also a profitable product for tea merchants. It is also an economic product that the tea areas can survive.
The tradition of Hanamaki tea has passed through setbacks. Before liberation, it was privately operated for production. In 1952, the Baishaxi Tea Factory decided to continue the production of Qianliang tea, to incorporate folk tea craftsmen into the factory, to teach Qianliang tea production technology, and to keep Qianliang tea in the market Share. In the case of the Great Leap Forward's production economy, due to the time-consuming and labor-intensive production of Qianliang tea, the output was low. In 1958, production was stopped and replaced by tile tea. After a lapse of 23 years, in 1983, in order not to lose the quality of the Qianliang tea raw tea technology, Baishaxi Tea Factory organized old tea artisans and blacksmiths, from selecting bamboos, defying baskets, selecting materials, refining, and pressing. Molding, which lasted for 3 months, suppressed 300 2,000 teas and kept the technical file of 2,000 teas. Due to sales impact, production of Qianliang Tea was suspended again. In 1997, reform and opening up, and economic recovery, under the leadership of the old technical factory director, according to the technical file of 1983, the young apprentices of that year were used as the main technical force to fully restore the production of Qianliang tea. After the 21st century, Anhua black tea is showing its presence in the tea industry. The production technology of Qianliang tea is promoted throughout the county through training, taking apprentices, and writing instruction books under the guidance of Chinese tea master Xiao Yiping. It has become a fisting product of Anhua black tea. . 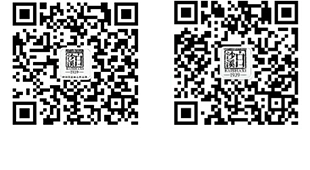